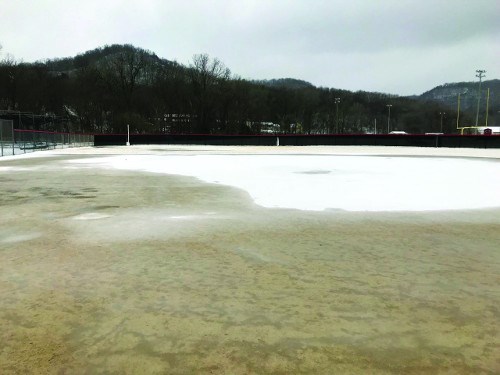 Spring in the state of Minnesota can be hit or miss when it comes to conducting high school sporting events. Spring can produce some of the most beautiful days and yet some of the worst snowstorms. Southern Minnesota usually has one leg up on schools in the northern part of the state.

The spring sports season starts in the middle of March with playoffs beginning the last two weeks of May. Some years, the first day of practice for softball and baseball can actually be outside; however, that was not the case in the spring of 2018.

Last year’s spring season witnessed snowstorm after snowstorm in Minnesota. Many teams did not play a game until May 1. Some schools did not even get outside for practice until May 1. In reality, most schools had 2½ to 3 weeks in which to conduct their entire season.

Charlie Campbell, activities director at Brainerd High School, cancelled more events last year than he ever had. Brainerd is located 127 miles northwest of the Minneapolis/St. Paul area. On average, Campbell has to cancel or postpone about 30 to 40 events in the spring season; however, last spring, 84 events were cancelled or postponed.

Rescheduling is where the chaos begins. Campbell worked with other activities directors and was able to reschedule all of the varsity games. Unfortunately, junior varsity, ninth grade and junior high games or meets were not able to be rescheduled. In fact, 24 events for the lower levels were not rescheduled due to timing, facilities, or lack of available umpires. Many times, when there is continuous rescheduling, the probability that two schools (at least), officials and the venue are all available on the same date greatly diminishes. In addition, fans become disgruntled as do the athletes.

As a result, students involved in lower-level games and practices may not get the full season of opportunities. Trying to find indoor space for all levels of baseball, softball, golf, track and field, and lacrosse for practices is a scheduling nightmare. Although the middle school athletes want to play games, in extreme situations, decisions have to be made that do not benefit the lower levels, and yet, the student-athletes in the lower levels are the building blocks of future successful programs Unfortunately, they were the ones who suffered the most.

Some of the solutions to these weather challenges have been very creative. Some teams shoveled snow off of the softball fields as their practice workout. Other schools went immediately to doubleheaders and continued as late in the spring as possible. Some games were scheduled inside domed facilities at colleges and played into the late hours of the evening. Golf meets would occur when a course was open, which was hit or miss each week. Lacrosse suffered much like softball and baseball.

Due to the colder than normal temperatures, poor field conditions, which included frozen turf, and number of officials, the Minnesota State High School League (MSHSL) Board of Directors agreed on the following:

The length of a baseball or softball game may be amended as follows:

Although last spring’s weather was difficult, the entire state was in the same situation. Three Rivers Conference, Hiawatha Valley Conference and Southeast Conference are just a few of the conferences around the state that had emergency meetings at the end of April to discuss schedules. New schedules were created based on double-headers with five innings each for softball and baseball. Many times, the non-conference games needed to be cancelled so all of the conference games could be played. In track and field, there would be “pop up” meets. Whenever a school could get other schools to come, a track meet was held.

Again, everyone was in the same situation. Baseball games were won that should have been lost, and games were lost that should have been won due to the pitch count and back-to-back games. The pole-vaulters in track did not achieve their best levels due to missing a month of outdoor practice. Student-athletes ended up missing more school in May due to the condensed schedules. Although the season didn’t start out so great, Bieberdorf turned challenges into success as his school’s baseball team made a trip to the state tournament.

Minnesota activities directors continue to reference last spring in the hopes it does not happen again. Mother Nature has a brilliant way of putting activities directors in their place. It challenges each school district to be creative with practices and games. The collaboration between schools shines through in a snowstorm by trying to find a solution that is best for student-athletes. The spring of 2018 was one for the books, and schools in the state are hoping for fewer challenges in the months ahead this spring.

Lisa Myran-Schutte, CAA, is activities director of Houston Public Schools in Houston, Minnesota, and she is a member of the High School Today Publications Committee.