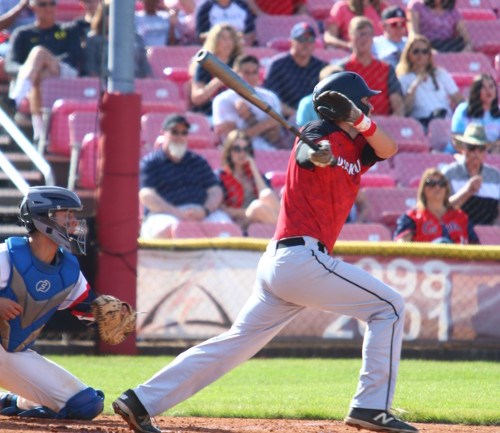 The role of the designated hitter in high school baseball has been expanded to give coaches an additional option for the 2020 season.

The revision to Rule 3-1-4 was the only change recommended by the National Federation of State High School Associations (NFHS) Baseball Rules Committee at its June 2-4 meeting in Indianapolis. The change was subsequently approved by the NFHS Board of Directors.

“The game is in the best shape it has ever been in the history of high school baseball,” said Elliot Hopkins, NFHS director of sports and student services and liaison to the NFHS Baseball Rules Committee. “This has allowed coaches to coach, players to play and umpires to umpire. This change, which was organic and intuitive, expands the role of the designated hitter and meets the desires of the high school baseball community.”

There are now two scenarios in which a designated hitter may be used.

“The traditional designated hitter role remains intact,” Hopkins said. “However, the committee felt it was necessary to make an additional option available to coaches that could be strategic but also maximize participation.”

“With the change adding pitch-count restrictions to high school baseball, this will allow pitchers to remain in the game as a hitter while removing them from pitching,” Hopkins said. “Typically, pitchers are stronger hitters as well. However, the intent of the rule is not for it to become strictly a pitcher-designated hitter role. The rule provides additional avenues for other position players as well. The change allows coaches to strategize how to keep players in the game to contribute offensively while allowing another player a chance to participate on defense.”

Additionally, a prior rules change involving baseballs and chest and body protectors will take effect on January 1, 2020. As of that date, all baseballs and chest and body protectors used in high school baseball competition shall meet the NOCSAE (National Operating Committee on Standards for Athletic Equipment) standard at the time of manufacture.

According to the 2017-18 NFHS High School Athletics Participation Survey, there are 487,097 boys participating in baseball at 16,196 schools across the country, and 1,762 girls playing the sport in 317 schools.

All baseball rules information will be available on the NFHS website at www.nfhs.org. Click on “Activities & Sports” at the top of the home page and select “Baseball.”

Luke Modrovsky is a 2019 summer intern in the NFHS Publications/Communications Department. He is a senior sports management and communication studies student at Wilkes University in Wilkes-Barre, Pennsylvania.