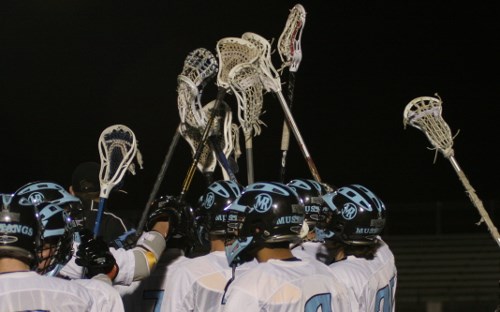 “The addition of lacrosse builds on the IHSA mission of offering a wide range of participation opportunities for high school students in Illinois,” said IHSA Executive Director Craig Anderson. “The IHSA Board has been extremely diligent in evaluating lacrosse’s status as an IHSA sport over the past seven years, and based on the continued growth, felt the time was right to begin in the spring of 2018.”

The IHSA Board initially approved the start of a State Series in both Boy and Girls Lacrosse at their meeting in October 2009, contingent upon 65 schools simultaneously entering the Boys Lacrosse State Series and 40 schools entering the Girls Lacrosse State Series. The entries were reviewed each January, but both thresholds were never reached. In 2015, 42 schools entered the girls’ tournament, but the boys’ entries came up short of 65. The benchmarks were not met this past January, but have since grown to 83 boys’ entries and 59 girls’ entries.

“The number of participating schools and students has continued to grow,” said IHSA Board President and Wauconda High School Principal Dan Klett. “The Board is confident that there will be healthy participation numbers in 2018, which made us comfortable moving beyond the threshold numbers (65 and 40) from 2009 and simply establishing a start date for 2018. This is an important day for the IHSA and a decision we believe will spur growth in high school lacrosse throughout the state.”

The IHSA Boys & Girls Lacrosse State Finals are tentatively set to occur annually during Week 47 of the IHSA standardized calendar, which would slate the inaugural state finals to take place on Friday and Saturday, May 25-26, 2018. The tentative schedule would include boys’ and girls’ semifinals on Friday and third-place/state championships on Saturday.

“We heard from many schools on the importance of establishing a starting day,” said Anderson. “Now that our membership knows definitively that the IHSA lacrosse state series is happening in 2018, it allows them time to better integrate, budget, and build their programs. Subsequently, it allows us time to focus on taking the internal steps necessary to facilitate the tournament, as well as to recruit more officials, and determine a state final host site.”

The IHSA, which currently offers 14 Boys Sports and 15 Girls Sports, will offer a State Series in 31 total sports for high school students in Illinois in 2018, in addition to State Series’ in eight activities.

“The IHSA prides itself on providing comprehensive sport and activity options for students, and we are excited to have the lacrosse state tournaments join that offering,” said Anderson. “Kudos to the Illinois High School Lacrosse Association (IHSLA) and Illinois High School Women’s Lacrosse Association (IHSWLA), as well as the many many high school coaches and administrators who have carried the banner for lacrosse throughout the years. Not only have they helped grow high school lacrosse in Illinois, but they have been great advocates of the sport and resources for the IHSA throughout this process.”

The last sport added by the IHSA prior to lacrosse was competitive dance, which debuted in 2013. The Board will announce information on state final hosting bids in the coming months.