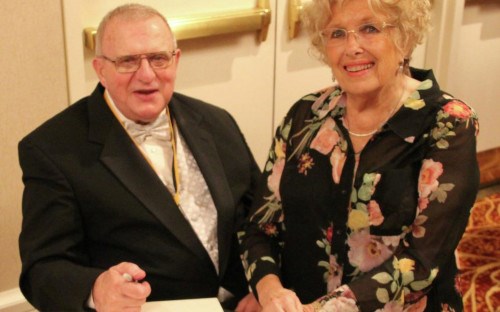 McDonald at his 2014 induction into the National High School Hall of Fame.

National High School Hall of Fame member Bob McDonald, the boys basketball coach from Minnesota who was inducted in 2014, has passed away. He was 87.

McDonald coached high school boys basketball in Minnesota for 59 years, compiling a record of 1,012 wins and 428 losses. He began his coaching career in 1959 with four seasons at McGregor, then two at Barnum before returning to his hometown of Chisholm for the 1961-62 season. He led the Bluestreaks through the 2013-14 season, a span of 53 years that included three state championships and 11 state tourney appearances.

In 1,440 games he was never whistled for a technical foul. He also liked to sometimes mention that he never tasted alcohol or smoked tobacco.

Read more from the MSHSL.