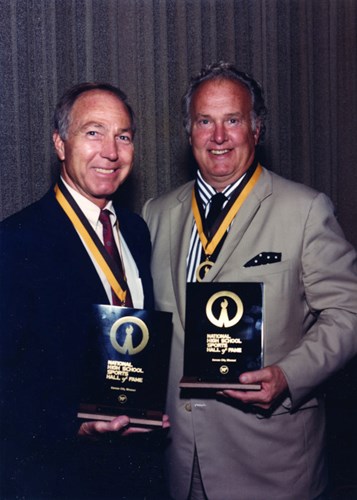 Paul Hornung, the Pro Football Hall of Famer who was inducted into the National High School Hall of Fame in 1989, passed away November 13 at the age of 89.

Before excelling at Notre Dame and for the Green Bay Packers, Hornung was a high school football and basketball star at Louisville(Kentucky) Flaget High School. In basketball, he averaged 14.9 points per game and was named all-state. Hornung also was a two-time all-state selection in football, directing the Flaget offense from his quarterback position.

Read more about Hornung from ESPN.

From Concussion to COVID to Attendance Concerns, Football on Comeback.