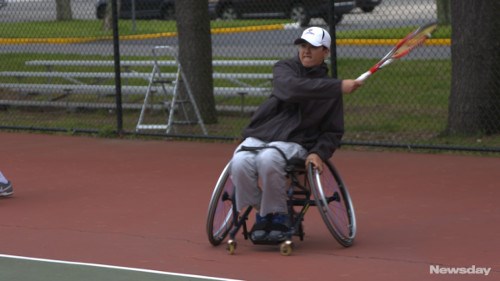 Even though 16-year-old Nate Melnyk has been paralyzed from the waist down since a 2009 auto accident, he has found a home on the varsity tennis team of Harborfields (New York) High School. Melnyk has competed in exhibition matches, but Tuesday competed in an able-bodied match – a first for New York.

Melnyk was part of a doubles team that won the first four games of a match before a weather delay. He will retake the court on Monday and resume the match.

His coach knew Melnyk could be a valuable member of the team very quickly. From Newsday:

“I first saw Nate play when he was an eighth-grader. I went down to check on the middle school team, my farm system,” Davis told Newsday. “All of a sudden, playing third doubles, this young man comes out in a wheelchair and the hair on the back of my neck stood up. I just couldn’t believe it. He was pretty good. I was shocked. I went home and told my wife, ‘I can’t believe what I just saw.’ It was fantastic.

“He’s a great kid with a great attitude. … He put in his time. He’s gotten a lot better. He hits ground strokes well. He has two different serves. He doesn’t miss a day of practice.” 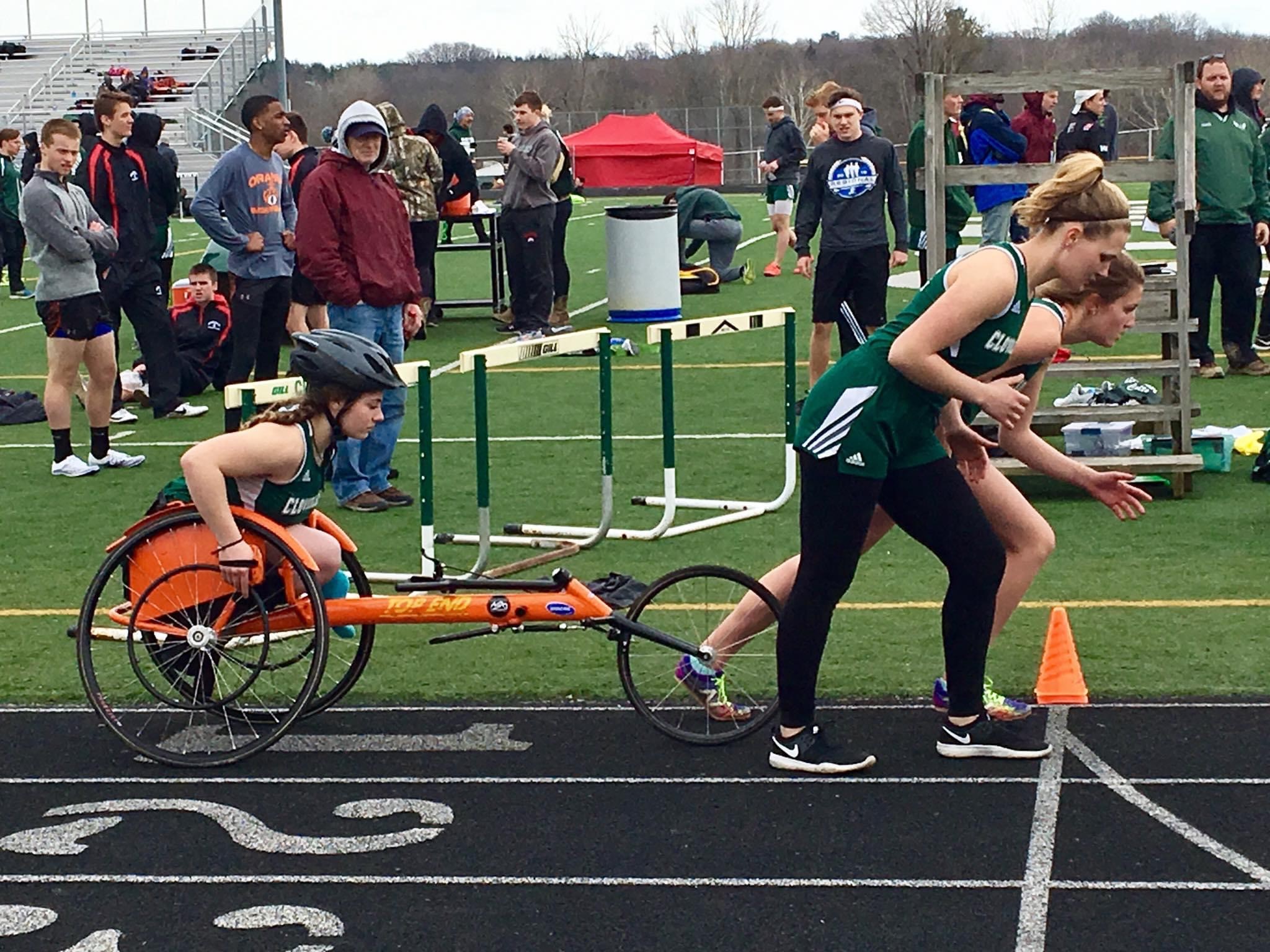